HIS GRAND DADDY WAS A GOAT HERDER 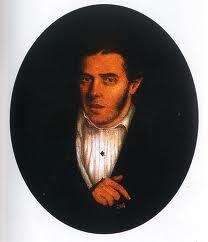 (google image)
Did you know that the first black president in the New World, was none other than a black, man named Vincente Ramon Guerrerà Saldaña.

He was one of the leading revolutionary generals of the Mexican War of Independence. He fought against Spain for  Read More
Be the first to comment