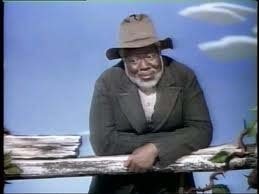 The winning lotto number back in 1998 had been: 5-14-41-11-20-51-2-12-58.
It was the number that would transform Dusty Callahan’s life from the overworked, underpaid and…to her way of thinking…degrading life of servitude and elevate her to the ranks of the pampered and privileged.

Who could possibly deserve it more? she had thought when the news came.

Then she had fainted.

One hundred and twenty four million bucks! The luck of the draw had made her a millionairess.

The numbers she picked had been her birthday, her man KirkMunsey’s and the birthday of her only daughter…the daughter she had given up for adoptionthe day she was born…forty seven years ago.

She had wondered about her child each and every day since February 12, 1958. She had hoped and prayed that one day her daughter would find her.

It had never happened.

Dusty had finally concluded that the adoptive parents had probably decided to conceal the fact that her daughter had been adopted…to pretend that the girl was their natural child…stealing Dusty’s child away from her, forever.

Or perhaps the child was angry with her. She’d probably never find out one way or another, anyway.
She sighed and picked up her Mister Clean spray bottle, spritzed and wiped clean some spilt coffee from the Formica counter of her kitchen.
Despite the fact that she’s never had a job better than the one she had until recently—a sales clerk in a fancy, dancy Rodeo Drive boutique—she had been surrounded by snooty, rich people all her life.

She set the spray bottle down and picked up her cup of coffee.
Dusty leaned against the refrigerator and took the first, precious morning sip from the lovely, china cup of her recently purchased Wedgewood service for twelve. She placed it gently back down on the counter and removed the blue silk scarf from her hair. Long, ash-blonde ringlets cascaded past her shoulders to their full length, reaching her still narrow waistline.

She shook her hair out to its full volume, her long graceful fingers deftly unravelling a couple of tangled strands.

She reached past her coffee cup and began to pick through the stack of mail.

Although Dusty Callahan was a tall, slim and attractive woman, she had the kind of shapely but thick, muscular legs of a woman who had made her living standing on her feet for most of her life.
But no more of that anymore! She would from now on sit down and let everyone stand on their feet for her!

She took her mail and coffee into the living room.

It was a nice room, containing everything she needed for the lifestyle she had had before hitting the jackpot. It was comfortable, with some tasteful touches that she learned from her department store days.

Some of her girlfriends had told her over the years that she had fabulous taste…that she should have been born rich.

Well…now she was!
Her life was about to change…big time!

Dusty sat down on her Kelly green, velvet couch and leaned over to place her cup and mail on the glass and chrome coffee table. She leaned back,crossed her legs at the ankles, as Madame Bozell had taught her.
She had had, since childhood, the backward way of getting comfortable in a chair and plopping her feet up on the table in front of her as a sign of comfort.

Madame Bozell had noticed this habit during their first session on ‘Elegance and Deportment.’
Bozell had said that habits developed at home during one’s humble past, if unaware, generally found their way into the arena of public scrutiny and one didn’t want those things to surface when one desired to change and elevate one’s station in life.

She had found that Madame Arthuretta Bozell’s service had been exactly what she required for the new life she had intended to create for herself.

Dusty reflected on her past life of serving the demands of the muckity mucks. She had worked in fancy hotels, cleaning up after rich people when she was a young girl when she should have been graduating from High School.

She had gotten her cosmetology license and worked on rich people’s heads in fancy beauty salons.

She had hated the work.

At the salons, everybody wanted to look like everybody else…but different.
It had been frustrating and she had quickly become tired of listening to their whining stories about their boring little rich lives.

Actually, their lives weren’t boring at all, she had covetously concluded.

She had had her fill of listening to their tales of trips she could never take to places she’d never even heard of. They had insisted on confiding in her about their love lives with handsome, big shot, wealthy men. Their reports of private jets and chauffeur driven cars, ski trips, expensive fund raising shindigs, Spanish-
speaking maids and Oriental gardeners and all, constantly reminded her ofhow boring her little working class life was.

She left the hairdressing business to work in chic, rich peoples’ department stores and boutiques, selling everything from fancy china and crystal to designer dresses and furs.

Despite working around all the snobbish rich people she always derived tremendous enjoyment from working in swanky places around beautiful high quality things.

She stayed at the boutique she had been working at last because she liked getting paid commissions. She never applied for any higher level jobs because she never wanted to take the risk that people might find out that she didn’t have her high school diploma.

No one had ever offered her a promotion either, in all those years.
She would come home exhausted and unfulfilled from a long day’s work and look in the mirror and wonder.

In what way had she been different than those bimbos who had been chosen by men who offered them the leisure of shopping in the middle of the day at the kind of places where she worked?
She knew that she had always been an attractive, naturally blond-haired woman with large friendly blue eyes that…she’d been often told by admirers… were the shade of color of a robin’s egg. Rich men had never shown any interest in her. None were ever curious about her outgoing personality nor the soft peach-colored flesh of her voluptuous body.

She had often heard that in order to land a rich man, that a woman wouldhave to act dumb as to not threaten them. Well, although Dusty Callahanwould never act dumb for anyone or for anything, she certainly knew that she had no credentials that would frighten any man away. She felt that she had the undemanding personality that could easily fit into the life of the wealthiest man.

Yet, that type had never even looked at her.

She had worked hard and for her fiftieth birthday she bought her own home. No one had ever come to buy one for her, she’d thought, grabbing the sterling silver spoon from her saucer and stirring angrily. Buying this ranchstyle house for herself had been her greatest achievement.

None of that mattered anymore, she smiled to herself, looking through her mail.

“There you are, little devil!” she said aloud as the envelope from the Department of Birth Records fell out of the stack and floated to the floor.

Born in my station of life, in that little Nevada desert town, she reflected, there was only just one little inadequate schoolhouse and certainly no Women’s Liberation.

A girl got pregnant before she even finished high school in Desertville,Nevada. She either got married to the local boy or he cut out on her. Her local boy had cut out, never to be seen or heard from again. Which, in its own silly way, had worked out fine. A girl couldn’t stay in that one-horse town with an illegitimate child. So she bought a ticket, got on a bus and moved to L.A. Her only deeply sad regret was that she was unable to raise her daughter. Back in those days a single woman just didn’t do that. 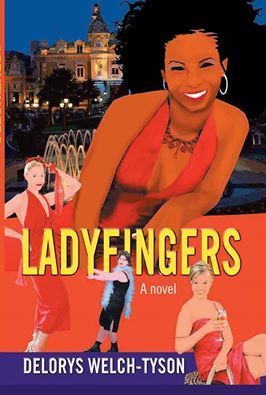