The Odor of Mendacity 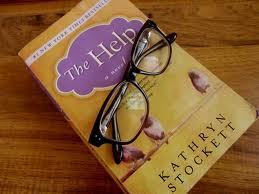 Although we lived in the North, my family maintained property in both Mississippi and Alabama for generations. My mother’s family originates in Alabama and my Dad’s family, Mississippi. Although my two brothers and I were born and raised in New York City, we spent most of our childhood summers in Alabama on my maternal grandparents property in Escambia County, Alabama.

Of course I remember the years when we had to change train cars after Washington DC to the Colored Section, and other weird manifestations of Jim Crow Laws during our visits to the South.

This all ended…basically… after the Civil Rights Act of 1964 which outlawed major discrimination against Black Americans and women. It ended unequal application of voter registration requirements and racial segregation in schools, at the workplace and by facilities that served the general public.

That was over fifty years ago.

Although my memories of our Southern holidays are more positive than disturbing, I have put those disturbing memories in their proper place.

It has been documented that Kathryn Stockett, author of The Help, was born in 1969. Five years after the passing of the United States Civil Rights Act.

Ida E. Jones, the national director of the Association of Black Women Historians, released an open statement criticizing The Help in An Open Statement to the Fans of The Help. The letter stated that "despite efforts to market the book and the film as a progressive story of triumph over racial injustice, The Help distorts, ignores, and trivializes the experiences of black domestic workers".

Also, "The Association of Black Women Historians finds it unacceptable for either this book or this film to strip black women’s lives of historical accuracy for the sake of entertainment."

The whole book project around the Help, seemed rather disingenuous to me, from the very beginning.

Nevertheless, The Help was awarded the Exclusive Books Boeke Prize(http://en.wikipedia.org/wiki/Exclusive_Books_Boeke_Prize) in 2009.

Again it’s beginning to look as if somebody’s “biting offa my history with a ‘high five.’”http://open.salon.com/blog/maxwell_dumaurier/2010/08/09/roots_with_a_twist

But then what do I know. I could be getting it all wrong.

Read it. Tell me what you think!

I also thought that there was someting false about the prortrayal of the Southerners in that movie. Historical accurracy is no longer important in the US.