"ROOTS" With A Twist 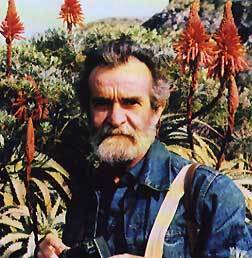 Zapiro, African cartoonist
“I am more African than you are!”

This challenge has been hurled at me far too many times for me to count. Actually the first time was in New York, when my French Moroccan dentist stated, “I am an American Citizen…I suppose that makes me “African American. What do you call yourself?

When I moved to France, things started really getting bizarre….

Over the twelve year that I have been living in Europe, I have come to realize I have some kind of strange Karma. The kind of karma that seems to propel Africans in my direction in social situations…The Caucasian kind!!!!

“I was born in Zimbabwe,” a blonde-haired, blue-eyed acquaintance states, “My husband is American. I am more African than you!”

“I was born in Cape Town” says a fellow guest at an Obama fundraiser, “I have been an American citizen for 10 years. I am an African American…you are not!

“I was born in Namibia… I am an American citizen! I am more…."

I think you get the picture.

The Caucasian African American citizens I have met…and lately they have been numerous, let me tell you… seem to all be extremely possessive with the term “African American”.

Actually, I don’t blame them.

I’ve never been South of Luxor, Egypt, myself. My family…both the European and the African…arrived in American before the Revolution and my Native American ancestors…well…you know….

What these Africans are not aware of, though, is that I personally never referred to myself as an African American. Once we left “Negro” I stuck with the adjective “Black”. Black American seemed more precise… from an American viewpoint, anyway.

I always thought the terminologies “Afro-“ and “African American” were simply trick bags. Some kind of underground movement designed to confuse and contort American perceptions of something.

Besides, if both their parents were born in Africa, they would be more African than President Barack Obama!