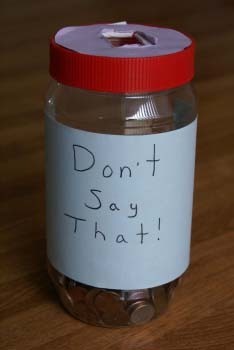 Yada... yada... yada...yada...oh, Honey..pul-eese! The word Viral has the most horrific connotation I can image, conjuring up flu viruses, Leprocy, communicable diseases like the Bubonic Plague and A.I.D.S.


Transparency: a. Easily seen through or detected; obvious: transparent lies; .b. Free from guile; candid or open: transparent sincerity.

.
There is a fine line between clarity or honesty and a transparency which could render one completely vulnerable to manipulation and destruction. As in: "he/she is such a transparent fool!"

To Grow Your Jobs, Businesss or Money: If I wanted agricultural advice, I’d consult a Farmer or an Agronomist. Otherwise, I would prefer to expand my business, augment my investments, increase the number of jobs in order to restore the strength of our economy.