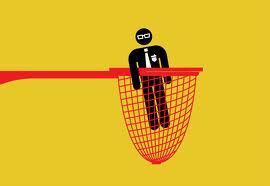 Several fellow bloggers have expressed confusion concerning a statement I made on a previous blog entitled Poaching for Euros.

This is the statement: “When a woman enters a foreign culture she instantly acquires the status of the women of that culture. Remember that.”

I believe that my intent in the use of the word status needs to be clarified.

Those of us living in foreign countries are well aware of the fact that the status of a women in her society as well as her role and responsibilities differ quite dramatically from country to country.

Often, a woman marries a man from a foreign country without prior knowledge of how the culture regards the women of that culture, yet must attempt to integrate into that society. Often a woman marries a man from a different culture without ever having any prior personal relationships with women of that culture. Without this experience or knowledge one can easily fall victim to stereotypes and preconceived notions of what one’s assts and/or limitations would be in entering the new and foreign world of her mate.

It would, as a result, become difficult to understand the motive of one’s mate of choosing you, a foreigner, over a woman from his own tribe.

Anyone who in involved with a man from a different tribe knows the reservations and scepticism one often faces upon meeting a future mother in law, for instance, who probably experiences some sense of betrayal or rejection, however minimal, by her son, for choosing a woman from another place or people.

Even in a Utopian world where one would be immediately accepted by one’s new relatives and environment one will face another rather crucial and paramount consideration. Upon understanding the roles and the status of women in the new culture, the question should be: will one find the new environment compatible with one’s own sense of self esteem. This will probably determine, outside of economic factors, where the couple will ultimately choose to live.

I hope this helps.

Having lived in the Middle East for seven years I can attested to what Delorys is saying...