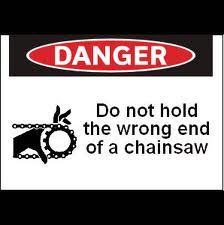 I subscribe to a newspaper called: The Root. It never ceases to amaze me how unevolved we are back in the States after over 500 years of American style Eurocentric rule. Perhaps we are simply cursed! And it wouldn't take much imagination as to why this would be the case!

Excerpt from the Root.com:


"A spokeswoman for first lady Michelle Obama said a racially tinged joke by actor Robert De Niro at a campaign fundraiser Monday night was “inappropriate,” after Republican presidential candidate Newt Gingrich demanded the White House apologize. Gingrich says it was "utterly and terribly unacceptable" and suggested that it was every bit as offensive as Rush Limbaugh calling college student Sandra Fluke a "slut."

Brace yourself for the joke that the GOP presidential hopeful also said would "divide the country."

“Callista Gingrich. Karen Santorum. Ann Romney. Now, do you really think our country is ready for a white first lady?” De Niro said, to laughter from the crowd.

When someone in the audience yelled, “No!” De Niro continued, “Too soon, right?”

The actor later on Tuesday released a statement saying he had not meant to offend anyone with his comment.

“My remarks, although spoken with satirical jest, were not meant to offend or embarrass anyone — especially the First Lady,” he said, according to reports.”

Oh...give me a friggin' break, y'all! Why would DeNiro have to appologize for something like this?
Be the first to comment