Ettiquette for the Young Homies in the USA: Part2 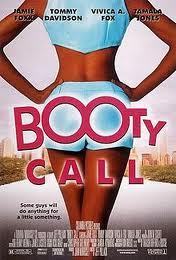 Another excerpt from Madame Authuretta Bozelle's Guide to Manners Deportment and Proper Behavior:

An Affair is Not the same as a one-night stand. An Affair involves two people who are attracted to one another in more ways than the physical, although it naturally begins with at least a spark of desire. An affair empasses a period of time in which two people get to know one another. Romance is essential, meaning that one shares intimate conversation, flattery, engages in mutual interests and that both persons , for the time, are sincerely interested int the humanity of the other.

There are unfortunate times when one or both parties involved in an Affair is married. Neverthelss, the same rules apply. If they cannot be followed with the dignity and respect required between human beings, it is perferable to not embark on the affair at all.
NEVER...EVER let any person treat you in a manner which in some circles is referred to as 'booty call!'