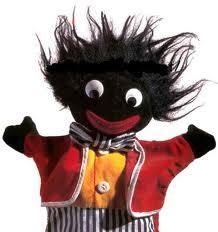 (google image)
Recently, a person wrote me asking how I handled racism in the South of France. This person claimed they had lived here and found the people extremely racist to the point of driving him out of the country. The writer claimed that they were East Asian and Caucasian.

When I asked him to describe his experiences, I never heard from him again.

He ran away. Puff!

Numerous persons of color…all kinds of colors, let me tell you… have asked me about French racism assuming that I would be qualified to discuss racism in France simply because I’m Black.

I am an American.

I consider myself an expert on racism in America as an eighth generation (on my Mom’s side, even more on my Dad’s), Scots, Irish, Seminole, African decent American citizen, but am not arrogant enough to believe I am able to discuss something that exists in France between it’s Caucasian citizens and its immigrants from the former colonies….somebody’s former colonies, anyway.

Whatever racism which exists in France I’m sure is being worked out among its citizens as it was in America over a 500 year period of racial terrorism inflicted on a small racially mixed minority group called Nig___rs, Negros…uh, Colored people…um Afro…um Blacks Ummmm……

Anyway, the Black people of America who were imported in chains to build the very infrastructure of a new Western, Eurocentric society had to find a way with very little help from the outside world to assert its humanity in their own country. No one ever threatened American with divestiture, for example, due to its human rights violations of the Negroes of the US.

We had to do it ourselves.

Racism in America, is violent, institutional, simultaneously blatant and subtle and is incredibly, incredibly Butch! You know?

Perhaps there is certain nobility which surrounds people who have risen above oppressive regimes the way Black Americans have, which might elicit envy among others, who have no idea of who you are except for Will Smith movies, Mike Tyson, Martin Luther King speeches and Jazz music. As a result they try to *“bite offa yo’ history” with a “high five.”
*BITING:
(Definition: Copying in a plagiaristic context, though mainly just unoffical fad-related things; such as made-up words, clothing styles, types of music, etc.
ie: "Dude, those kids are totally biting on my style!")

What bothers me in France is far more complex than the so-called racial issues.

My problem is, why do the people in the North of France look at those of us who choose to live in the South of France, as country bumpkin, right wing imitations of residents of the 16th arrondissement in Paris?

Answer that one, instead of trying to “steal my kool aid”.