OBAMA FOR PRESIDENT: a reprint 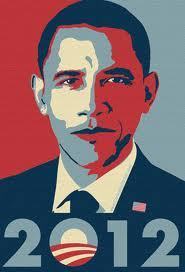 google image
I promise you fresh stuff on the next posts...in the meantime, after speaking to my Mother in NYC today who had just worked on the polls for the Presidential primary, I have decided to post this reprint of mine:


HOW FICKLE CAN YOU GET!?!
From afar, I watched in disbelief.
A relatively unknown black man had emerged, creating ecstatic, cultish zeal with his promise of “change.” Wondering who this obviously charismatic man was, I ordered his biography, “Dreams from My Father.”
As I read this fiction-like approach to memoir describing the exotic background of a mixed race and bi-cultural colored boy from a broken home, growing up in Asia then ultimately acquiring an Ivy League education… I began to wonder. When did the average American start relating to such exotic qualities and qualifications from a person of colour…or anyone else for that matter?
I realized that I had been living away from my country for over a decade. Was it possible that my country had evolved into sophisticated, tolerant, erudite, “post racial” America? Were we entering a new enlightened era, with the slogan” Yes We Can.”?
When I completed his novel, I began to question what it was exactly that the American people felt we could do? Put the bizarre reign of the Bush Administration behind us? Elect a Democrat after 8 years of Republican dominated philosophies? Elect a Negro? Support his party’s platforms?
What were these platforms? When I asked a number of American friends back home what they were, the answer I got was a unanimous “Universal Health care, Delorys…I think.”
I think?!?
Anyway, I watched in wonder as crowds of Americans around the globe gathered around bridges, chanting “Yes We Can.” The whole scenario reminded me of scenes from Woodstock or the movie Close Encounters of the Third Kind. Then questions concerning Obama’s citizenship surfaced, causing me to wonder how Americans could be so progressive in thinking on one hand, yet know so little about geography and American history on the other.
As a Democrat, myself, living in Europe who had suffered various repercussions of the Bush Era, I voted, as the majority of Americans did, for Barack Obama. I watched America celebrate the election of the first African American president of the United States. I watched huge crowds cheer the end of Republican party domination and destructive policies in our foreign relations.
The celebration of new beginnings.
Ignoring the heap of devastation left behind from the previous administration which our new President inherited, within months cries and accusations of fraud and elitism filled the airwaves. Citizens who supported his “campaign promises” before he was elected, screamed that our President was out of touch with the people and hadn’t delivered the fairy dust and the happily ever after that was necessary in record time!
How fickle can you get?
Citizens began questioning his religious affiliations in a country of religious freedom.
But actually what bothers me the most is the accusation of “out-of-touch elitism.” Our last 4 presidents attended Yale and Harvard. Hardly grass roots institutions.
Perhaps if American Citizens wanted a president “of the people”, they should have voted for someone more familiar like Willie Nelson.
***
HAVE A GREAT DAY!