WITH WHOM WILL THEY SHARE THE NOBEL PRIZE MONEY 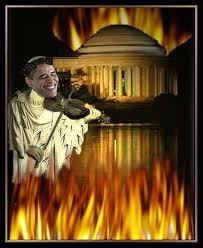 google image
The reason I have been absent for a while from this blog sphere is quite simple.

I have been angry, tired, numb and plain pissed off.

(*Getting to Happy, by Terry McMillan, bestselling author to Waiting to Exhale)

Just as I was beginning to emerge from my funk this is what I encounter:

What is a Nobel Preace Prize, you ask?

"Each year the respective Nobel Committees send individual invitations to thousand of members of academies, university professors, scientists from numerous countries, previous Nobel laureates, members of parliamentary assemblies and others (,,,!!???),** asking them to submit candidates for the Nobel prizes for the coming year. These nominators are chosen in such a way that as many universities and countries as possible are represented over time (!!???!!)

A nomination for the Nobel Prize may be submitted by any person who meets the nomination criteria. A letter of invitation to submit is not required. The names of the nominees and other information about the nominations cannot be revealed until 50 years later (!!!???!!)**

The Norwegian Nobel Committee is responsible for the selection of eligible candidates and the choice of the Nobel Peace Prize Laureates. The Committee is composed of five members appointed by the Storting (Norwegian parliament). The Nobel Peace Prize is awarded in Oslo, Norway, not in Stockholm, Sweden, where the Nobel Prizes in Physics, Chemistry, Physiology or Medicine, Literature and the Economics Prize are awarded.

The candidates eligible for the Nobel Peace Prize are those submitted by qualified nominators.(5???!!?? )** No one can nominate himself or herself.
Statutes of the Nobel Foundation restrict disclosure of information about the nominations, whether publicly or privately, for 50 years. The restriction concerns the nominees and nominators, as well as investigations and opinions related to the award of a prize."
(**emphasis is mine)


Perhaps I've been living in some parallel universe for these past 14 years in Europe, but what exactly has the EU actually accomplished toward peace?

Without getting into the specifics, let me just look at some recent Peace Prize Winners:

2011
The prize was awarded jointly to Ellen Johnson Sirleaf, Leymah Gbowee a Tawakkul Karman for their non-violent struggle for the safety of women and for women's rights to full participation in peace-building work.
2010

The prize goes to:
Liu Xiabobo for his long and non-violent struggle for fundamental human rights in China.

2009
The prize goes to:
President Barack Obama for his extraordinary efforts to strengthen international diplomacy and cooperation between peoples.


I suppose the EU and America have a lot more in common than I realized. Perhaps y European friends were correct, after all, when they said that forming an EU would be similar to having the United (ah hem...cough) States of America.

Well, President Obama admitted that he hadn't quite earned the Nobel, so gave his prize money to disabled Vets.

Let me show you what they say about the Prize money:

"The Nobel Peace Prize for 2012 is approximately 1.16 million Euros. The Nobel prize money sometimes goes to a single individual or the prize may be split between two or three recipients.

The exact weight of a Nobel medal varies, but each medal is 18 karat green gold plated with 24 karat (pure) gold, with an average weight of around 175 grams. As of October 8, 2012, 175 grams of gold is worth $9975 or about ten thousand US dollars. The Nobel Prize medal may be worth even more than its weight in gold if the medal goes up for auction."

Tell me, y'all...how is the 27 member State going to divvy up the spoils...I mean winnings?

Is this Nobel Peace Prize perhaps the bait in which to test the allegiances?

Is that a fire I smell and a fiddle I hear?

Why not nominate me? I could use the bread! I'd share it with ya', too.